Creating a Movement for PsA 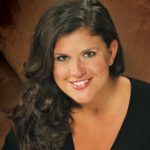 Every month of the year is designated awareness month for various important and worthy causes, yet the saturation and fact that there are only 12 months and an unending number of charities leads to clutter. Quite often, many important issues are dwarfed by any organization who has had the means, commitment, and years of marketing to really capture the majority of the attention.

So how do we cut through the clutter?

So, what do we do to cut through that clutter, be heard, capture new long-term supporters and become connected to those who need it most? As someone who spends my days in PR and marketing, it’s been my job to find the way to outmaneuver the competition for years in the non-profit space, and I’ll tell you it’s not as easy as hosting an event or campaign.

The key to truly have a lasting impact is to build an ongoing, year-long narrative that doesn’t have long periods of darkness and spikes. This strategy goes for us as individuals as much as it does for the charities and organizations we support. We may not realize it because we are already engaged – reading, writing, and absorbing everything we can about the causes that impact us- but for our friends, colleagues and loved ones they need a different level of engagement. We can’t reach out to our friends once a year and ask them to donate or volunteer and then never let them know how we’re doing or what new advancements are made thanks to the donations they gave a year ago. We need to make it a point to educate and let those who’ve helped us know about progress.

Additionally, most organizations have signature events they hold annually. These are wonderful and tried and true but let’s be honest, ultimately, they’re pretty much the same events with a different theme and most people will sign-up for whatever one fits in their schedule if they don’t have a direct connection to the cause. The more we can do to differentiate and create unique awareness and fundraising opportunities the more we can capture advocates. This doesn’t have to be on a national scale, even locally individuals can conceive ideas that are effective and impactful on the general population.

One such personal example is something I did as a volunteer for a different cause that is dear to me – autism. I was volunteering for Autism Speaks many years ago and came up with an awareness initiative called Michigan is Listening in support of the organization’s tagline It’s Time to Listen. All that was required was for Michiganders to hold their hand up to their ear as if they were listening and point to where they were from on their hand (the pointing on the hand is a classic Michigander move). From there they posted the photo online and tagged themselves. That was it. The program took off and led to many destinations across the state wanting to be designated as Michigan is Listening official and ultimately evolved to the first Autism Friendly performance of Sesame Street Live ever. It was all started by volunteers and captured people’s attention regardless of their connection because it was easy, it was free, and it was fun. We even had people on the Great Wall of China capturing their Michigan is Listening pose.

Good ideas and the power to keep the story going

There is nothing that says a movement like that can be sparked by some creative advocates for psoriatic arthritis (PsA). All it takes is a good idea and the power to keep the story going. We, as those who are directly impacted by the disease, need to keep our brains working and think of ways we can spread our mission. We can’t rely on the national organizations to mix it up. They are going to keep doing what they do well and that’s ok, but we can provide an added component that can raise the message to a whole new level.

The timing is perfect, much like Autism Speaks at the time of Michigan is Listening, PsA is having a bit of a revolution. The pharmaceutical companies are investing a lot of money and advertising time to medications that treat psoriasis and arthritis this means that awareness is building just by sitting in front of the TV. Now is the time to capture those people and bring them into the fold as supporters.

What we’ll likely find is more people have direct connections than anyone even realizes and then we can establish a movement that builds and grows from something small to game-changing all around. There’s no such thing as an impossible task, as Audrey Hepburn said, “The word itself says I’m Possible.”