Now I Understand the “Heartbreak of Psoriasis” 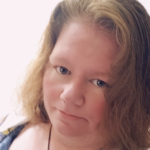 When I first came face to face with the “heartbreak of psoriasis” it was January of 1996. I had not been married for more than a month. Standing up to put my plate in the kitchen caused me to fall back to the floor in a painful crying heap! Trying again only to find the same agonizing pain I was confused, unsure what had happened and why. My new husband struggled to get me to the hospital. Waiting for the doctors to come in I desperately tried to think of a reason for what was happening to me. Did I bump myself, did I fall? No… nothing. I couldn’t find a rhyme or reason.

I asked my husband if he noticed anything in the past month and he had no idea either. The doctor couldn’t find anything severely wrong other than my rheumatoid factor was three thousand. He said, “I am sure that you have arthritis. I am guessing it is a form of rheumatoid.” I was given a referral to a rheumatologist. It was going to be months until I saw him. There were issues with my insurance being one that was only taken by some physicians. In the meantime, I started on steroids and pain medicine. While I was waiting for the referral I ended up in such pain and had run out of my medication so I went to see my general doctor.

I was informed when I arrived that he was called out on an emergency and that I would see a physician’s assistant. I was a little worried thinking about how I would have to explain this. When Dr. Dave walked in, he looked at me introduced himself and said,” How long have you had psoriatic arthritis and psoriasis?” My mouth dropped open and I was astounded. What had he said? Does he know what this is? I said, “I have what?” He smiled and repeated himself. I had a million questions at that point. That is when I found out that Dr. Dave was a physician for the United States Navy and had seen the same results with sailors who were on submarines. He told me more about the disease and suggested I see a different rheumatologist.

Recieving my diagnosis of psoriatic arthritis and psoriasis

Within the hour I was now diagnosed and was seeing the rheumatologist in a week. He told me about the rash that I had developed around the nape of my neck and back. I thought it was just from being worried about not knowing what was happening. The doctor told me I needed a dermatologist and suggested one. He explained about how psoriatic arthritis and psoriasis go together. He explained there was no cure. That it could come and go and that I would have it the rest of my life.

It was at that point I understood what the “Heartbreak of Psoriasis” was. My Rheumy confirmed it was indeed psoriatic arthritis (PsA). The dermatologist told me I have psoriasis. I started looking with my computer to find out anything I could. There were others who had been looking for the same thing I was. That was when advocacy became my calling. People needed as much information as they could get. To this day that is the main goal of my advocacy. I want to help others and be there for their questions. I am grateful to Health Union for that opportunity.