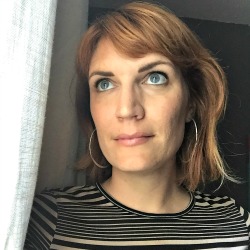 Janet Geddis, also known as The Migraine Girl, is a business owner as well as a longtime migraine patient advocate and essayist at Migraine.com. She recently began writing for Psoriatic-Arthritis.com as well. In addition to writing about her struggles with chronic disease, Janet is a health consultant and professional speaker.
Janet Geddis has had psoriasis since she was a little girl, but it wasn't until she was in her early 30s that she finally got the psoriatic arthritis diagnosis that made sense of other symptoms that had been bugging her for years (aching joints, fatigue, skin flare-ups, and more).